With Call of Duty Warzone 2 only a few hours left before it goes live, Infinity Ward’s shooter presents its brand new take on the Battle Pass.

Like multiplayer map packs at one time, the battle pass has become a companion to a huge number of current games. This system, which generally opts for a free and paid version, has almost as many fans as detractors. In any case, it is particularly profitable and is the centerpiece of many competitive games. Call of Duty Modern Warfare 2 and Warzone 2 will not miss it.

But if Call of Duty Modern Warfare 2 and his battle royale will indeed have the right to their common battle pass, the latter will however be unique. In addition to one Warzone 2 Stuffed with new features, Infinity Ward has completely revised the formula of its battle pass system and this time will offer something non-linear, which will do without the usual graduated levels.

Instead of presenting itself as yet another frieze divided into several levels, this battle pass will opt for a freer version and will take the form of a small world map divided into regions. Each sector will have within it several rewards that players can choose little by little through tokens to be won by playing, the Battle Token Tier Skip (or BTTS).

From now on, instead of an automatic evolution, it is therefore the players who will choose in which sector they wish to spend their tokens before moving on to one of the adjacent spaces. Note that it will be necessary to unlock the main rewards of each sector to be able to move on to the next one. And in case of total domination of the map, you will unlock a bonus sector filled with rare cosmetics.

Infinity Ward also tells us that it will take no less than 100 tokens to unlock the entire new battle pass. Moreover, even if you unlock all the rewards, you can continue to earn additional tokens which will then be usable for the following seasons.

How much does the MW2 and Warzone 2 Battle Pass cost?

As usual, new system or not, the battle pass of Modern Warfare 2 and Warzone 2 will offer a free version, allowing you to get your hands on around twenty objects without spending a penny. Including two of the four weapons planned with season 1. Obviously, a paid version of the Pass will also be there with no less than 100 rewards at stake (including free ones). The price displayed remains the same as on the previous games of the franchise. You will therefore be asked for 1000 COD coins, the equivalent of 10 euros. By the way, the battle pass will give no less than 1400 COD coins. Which means that by playing a lot, you can get your hands on the next battle pass at no additional cost.

With this revisit of the battle pass and the possibility of earning additional tokens for the following seasons, Activision intends to seduce the most refractory to this kind of system. It remains to be seen whether he will succeed or not. And in case you want to have a visual of all the rewards of season 1, you can already go to the official site. 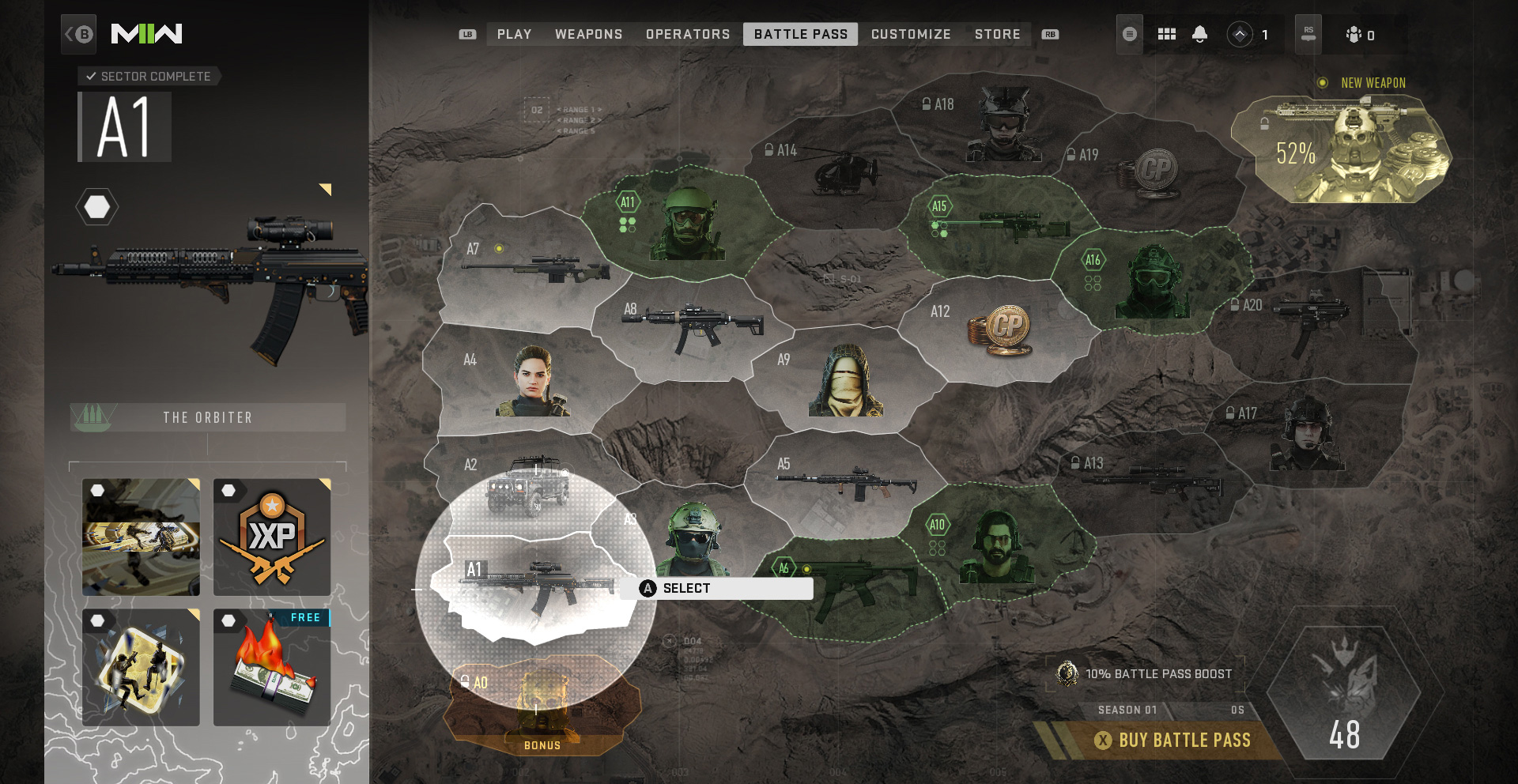 the franchise icon has died

House of the Dragon episode 8: this misunderstanding with serious consequences

House of the Dragon episode 10: this scene with Aemond and Vhagar is different from the novel

PSVR 2: 5 things to know about the next PlayStation headset