why is the dragon Vhagar so important?

Episode 7 of “House of the Dragon” notably offered more scenes with the dragon Vhagar. An imposing and important creature in the universe of George RR Martin. Warning, the article contains spoilers.

The War of SuccessionHouse of the Dragon

HBO got it right with House of the Dragon. By launching this prequel of Game Of Thrones, the American channel returned to success. Since the beginning of the series, the audiences are impressive and the show was logically renewed for a season 2. However, HOTD approaches his narrative quite differently from GOT. Here, the story takes place over several decades and we will have chained the leaps in time during the first season.

The first episodes made it possible to present King Viserys Inearly two centuries before the events of Game Of Thrones. At his side, we discover in particular his daughter Rhaenyra, his heiress, Alicent, whom he marries after the death of his wife, or his brother Daemon. Central characters around whom questions of succession arise. Each one putting in place their pawns to ensure their place in the future. This is also the case of the Velaryon familystill very present in episode 7 (available on OCS).

House of the Dragon ©HBO

This episode opens with Laena Velaryon’s funeral. The latter leaves behind two children, Daemon, again a widower, and grieving parents and brother. There is also her dragon Vhagar, a female, now without Dragon Rider. The last part of the episode then sees Aemond, the son of Alicent, find Vhagar on the beach. He approaches her and ends up climbing on top of him and flying away with it. He thus becomes his new Dragon Rider, to the great displeasure of Laena’s daughters.

The importance of the dragon Vhagar

As said in the episode ofHouse of the Dragon, Aemond has therefore lost an eye, but the price to pay is very small compared to his reward. Because Vhagar is not just any dragon, but one of the most powerful. In the universe of George RR Martin, the creature has a great importance. We have to come back in the time of Aegon the Conqueror, a hundred years earlier. During Aegon’s Conquest of the Seven Kingdoms, Vhagar was ridden by Visenya Targaryen, one of Aegon’s sister-wives. The other two dragons involved were Balerion and Meraxes. But Vhagar will notably allow the submission of the Val d’Arryn. 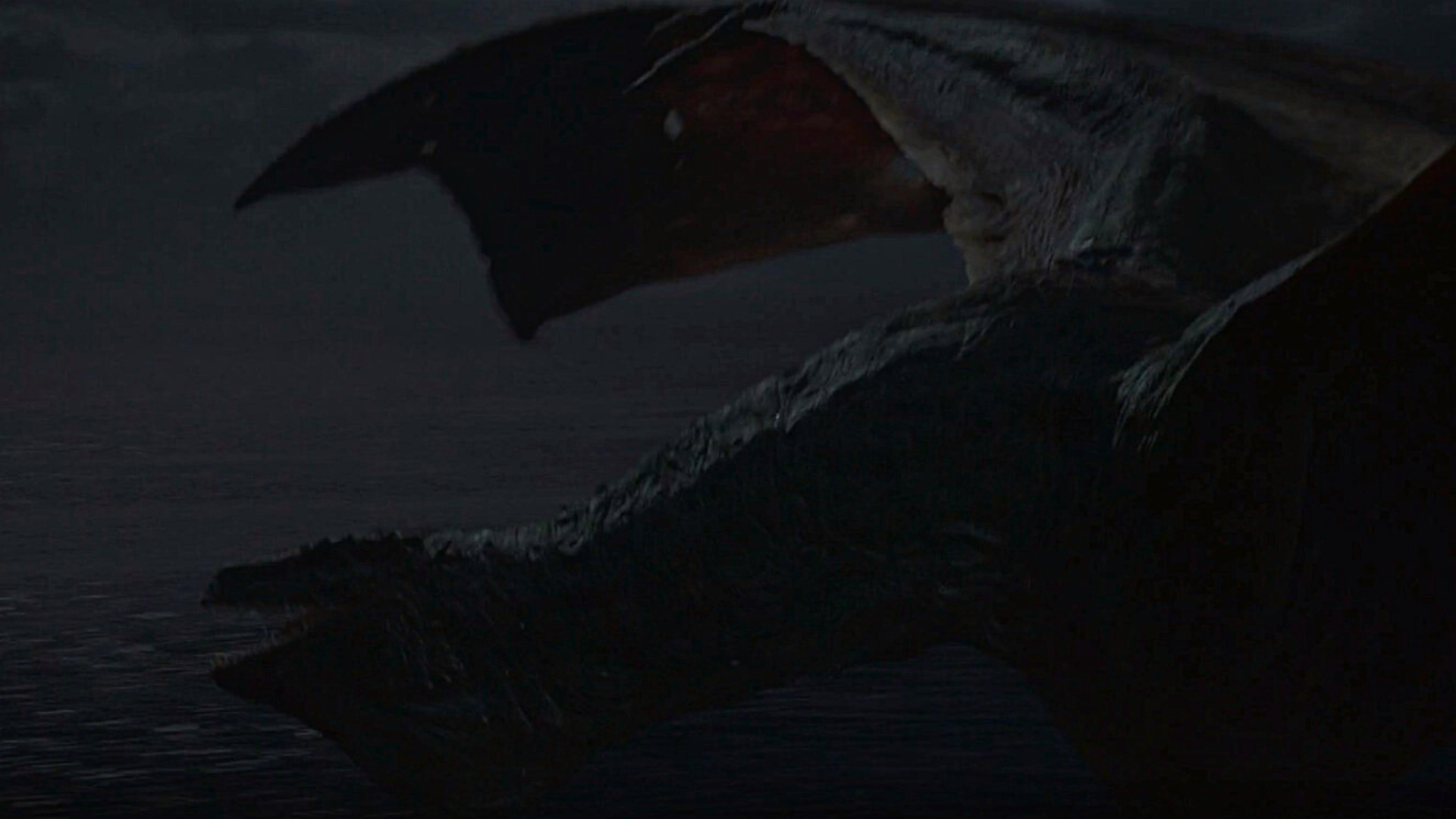 Vhagar – House of the Dragon ©HBO

When Aegon died in the year 37, it was Vhagar who set about burning his stake. A few years later, in the year 44, Visenya also dies and leaves Vhagar without a rider. Must wait the year 73 so that Prince Balon, son of Jaehaerys I Targaryen, rides her in turn. Together, they win important battles there too, until the year 101, when Baelon dies. Vhagar is then the oldest and most powerful of the dragons after the death of the dragon Balerion (in the year 94).

Vhagar has long been without a dragon tree. Until Laena Velaryon finds her and manages to climb when she was only twelve years old (in the year 105). Here we are then in the period covered by House of the Dragon. As said before, after Laena’s death, Aemond takes it. He therefore holds an extremely important dragon. It is not yet known if the series will remain entirely faithful to the work of George RR Martin, but Vhagar should normally always have importance in the next episodes. If all goes as in the original story, she will indeed be directly involved in the beginning of the Dance of the Dragons, the war of succession which began with the death of Viserys, before dying at the age of 181. After which it will be mentioned several times in Game Of Thrones.