Les Randonneuses on TF1: Tiphaine Daviot tells us more about this new series

Viewers will soon have the chance to discover “Les Randonneuses”, a brand new unpublished series which will be available on TF1. The actress Tiphaine Daviot joins a troupe of women ready to climb a mountain with a very specific goal. She tells us more.

The Hikers : six women at the top

Soon, TF1 will broadcast a brand new series entitled The Hikers. This 6-episode mini-series is created by Fanny Riedberger (Household scenes), Anna Fregonese (My friends, my loves, my troubles), Sylvie Audcoeur (A mother), and directed by Frédéric Berthe (Les Invincibles). Together they decided to approach the topic of cancer through the extraordinary adventure of six women.

Here is the synopsis:

Les Randonneuses is the story of six women: Sara, Noémie, Patty, Karen, Valérie and Morgan. Six funny ladies who are completely opposed and who have the crazy idea of ​​going on a hike to attack the Dôme de la Lauze, a summit of almost 4000 meters! Sumptuous landscapes but a completely crazy challenge, especially when you discover that they are all directly or indirectly affected by cancer. Despite the difficulty of the mountain paths, fatigue, discouragement, shouting matches, danger, these hikers will live a human adventure that will bring them together forever. Between laughter and tears, we will follow the crazy and jubilant rise of these six fighters, strong, funny and moving.

A beautiful adventure rich in emotions

Currently on Netflix with the series Detox, the actress Tiphaine Daviot, completes this female cast. The filming of the TF1 series took place in the Auvergne Rhône-Alpes region. The actresses have therefore evolved in a majestic setting between meadows and mountains. The actress told us a little more about this wonderful ascent that these different women will undertake:

It’s a series about breast cancer, which is based on a true story. It comes back to the story of 6 women who climbed a mountain. They are chemo friends who will therefore reach the top to spread the ashes of a friend of theirs who has unfortunately died. What’s great is that it’s shot as a comedy. So it’s also a drama, because it’s going to make you cry, a bit like This is us, with dramas and secrets. But there’s going to be a lot of humor with a pretty nice tone that changes from what we’re used to, it’s not victimizing, we’re not in the pathos. 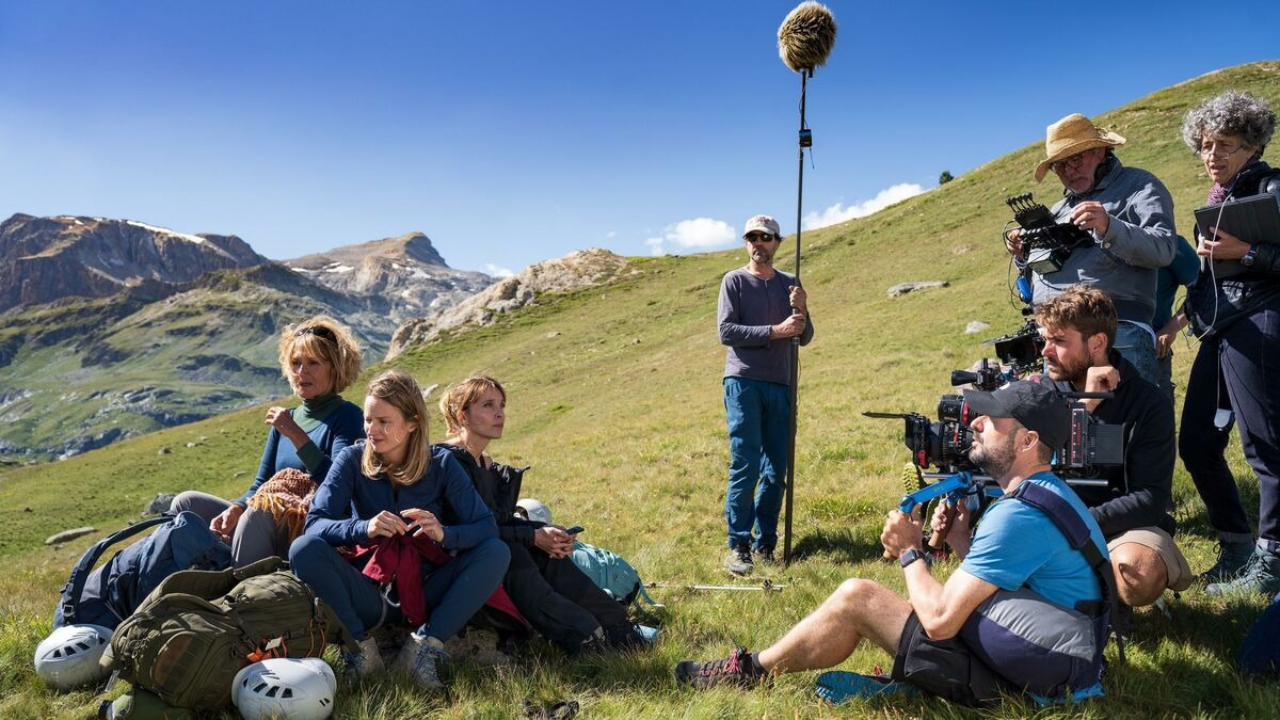 A very enriching experience for the young actress who shared the poster with 6 other actresses in a spirit of sisterhood. Beyond this point, the fiction releases a message of support and hope for all those who are directly or indirectly affected by cancer.

It was really a great experience, because it was great to be with 6 women and there are different generations. I am the youngest. So I embarked on this adventure where we were three months in the mountains, at 3,800 meters. It’s taken from a true story, several women climbed Monte Rosa in Italy. I know that after that, lots of people who have cancer have decided to embark on such an ascent, in order to regain confidence in their body, when it has failed us.

Viewers will have to be patient before discovering the series The Hikers on TF1, because the broadcast is scheduled for 2023.

when will season 7 of the Spanish teen series be released? (Broadcast date, cast)