House of the Dragon episode 8: this subtle nod to Game of Thrones

Episode 8 of season 1 of “House of the Dragon” continues to excite fans. It is indeed very important for the rest of the series because it officially launches the “dance of the dragons”. But did you spot this subtle nod to Game of Thrones? And more particularly to episode 6 of season 1? We will explain everything to you.

House of the Dragon season 1: the end is approaching

Series House of the Dragon has been broadcast since August 22 on HBO in the United States (and OCS in France). It chronicles the beginnings of the fall of the Targaryen dynasty approximately 200 years before Daenerys was born. More specifically, she is interested in the dragon dancea war of succession that erupted upon the death of King Viserys and resulted in the demise of many Targaryens as well as many dragons.

Episode 8 broadcast on Monday October 10 ends with the death of Viserys. It should therefore officially launch the beginning of hostilities between the supporters of Rhaenyra and those of Aegon.

Indeed, the king has always wanted to see his only daughter succeed him, a first in the history of the kingdom. But Queen Alicent, supported by other lords, wants her eldest son Aegon to sit on the Iron Throne. A decision that she now considers legitimate since a misunderstanding slipped in at the end of episode 8.

A subtle nod to Game of Thrones

In episode 8, Viserys is in very bad shape physically. Suffering from a severe form of leprosy for several years, part of his face was ravaged by the disease. During his public appearanceshe chooses to wear a golden mask that covers part of his face (like King Baudouin of Jerusalem in Kingdom of Heaven by Ridley Scott).

After the episode aired, many fans noticed that this mask could be a wink to a cult scene of Game Of Thrones.

Indeed, in episode 6 of season 1 called “The golden crown“, the last man of the Targaryen line, and brother of Daenerys, dies in excruciating pain. Khal Drogo pours boiling gold on his headand the result is strongly reminiscent of the mask of the king of House of the Dragon. And striking detail: the two characters are called Viserys. 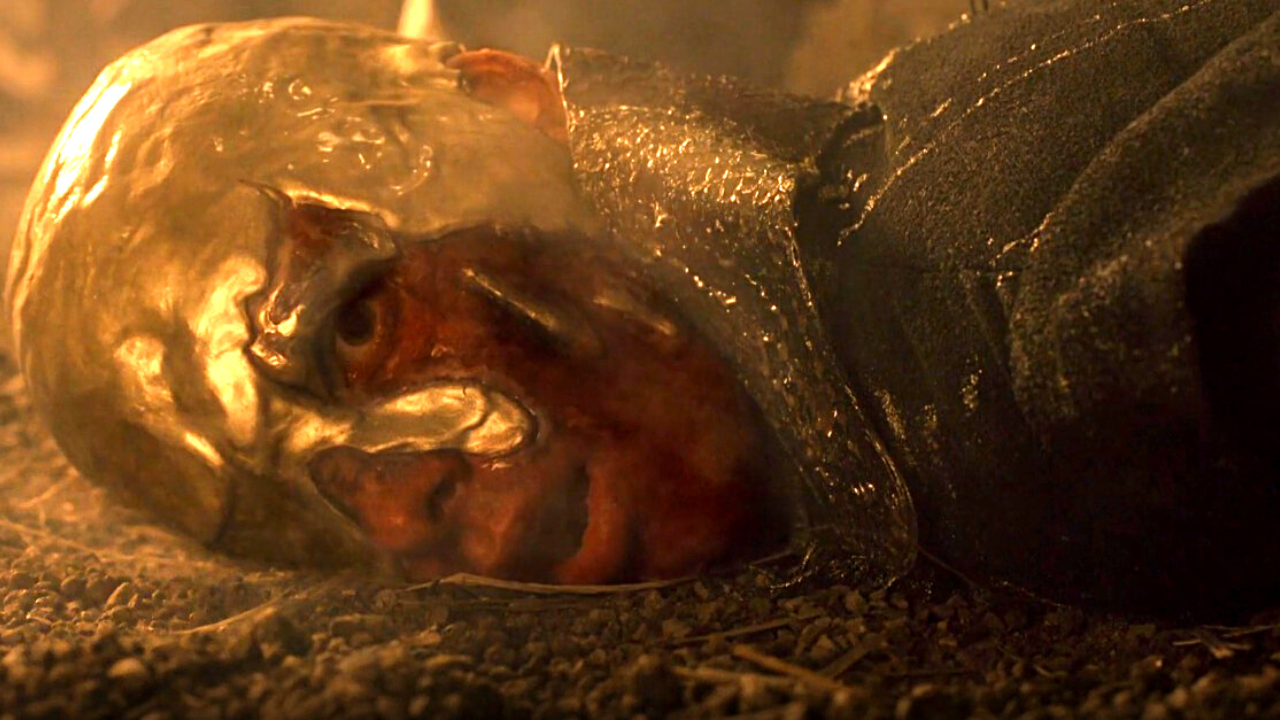 This is not the first time in the series that a mask directly alludes to the parent series. Indeed, the mask of crab feeder had been made from a mask worn by a son of the harpy in Game Of Thrones.

Call of Duty: a 10-year deal offered by Microsoft to Sony

Echo: Daredevil and Wilson Fisk back in the new Marvel series